We recently spent a weekend (Friday, Saturday & Sunday) with Richard Sharp. The two evening services on Friday and Saturday were well attended and Sunday morning the church was almost filled with people. Richard preached on the subject “GET OUT OF THE BOX”. When he preached on this topic he was standing in a three foot square cardboard box! The box represented the church, so in effect he was telling us that if we were going to reach people for Christ we needed to get outside the walls of the church where the unsaved hang out.

On Saturday, Richard introduced us to a personal evangelism tool called “One Wish”. It was designed to help get us out of the box. We met on Saturday morning for a little over one hour to be trained in this particular method of evangelism. This tool consisted of only three things. First, we were given a black T-shirt with the words One Wish in large white letters on the front. Second, we were given a small visual aid in the form of a rubber wristband with four graphic pictures on it. The four pictures on the wristband, with a little explanation, present the gospel in a clear and concise manner. The third object was a gospel tract that told the story of the four pictures on the wristband.

After training, we headed for a local park to eat a sack lunch. After lunch about thirty five of us scattered throughout the park. When we got to a place where they were playing T-ball, I spotted an elderly couple sitting under a tree watching their great-grandson play ball. I ask the lady, “If God would grant you one wish, anything you wanted, what would it be?” She said, “More than anything I would like to know for sure that I will go to heaven when I die.” I went through the four object s on the wristband and in less than five minutes she prayed to receive Christ – Praise the Lord! During that afternoon, several other people were prayed with as well. What an exciting afternoon it turned out to be. I think the genius of the “One Wish” method of evangelism can be summed up in one word – simplicity. The thing that comes to mind with me about the wristband is: “A picture is worth a thousand words”.

The afternoon of public evangelism also had a very positive effect on the church. Sunday the church was full, as I already mentioned. The people seemed to be really excited about what happened in the park the day before. It manifested itself at the altar call after the morning service. A few came at first until almost the entire congregation was at the altar renewing their vows to God. Praise the Lord!

In His Service and yours,

Richard explains how to use the OneWish tract and the wristband to share Jesus!

Walk through McDonalds in Ireland with a Cross 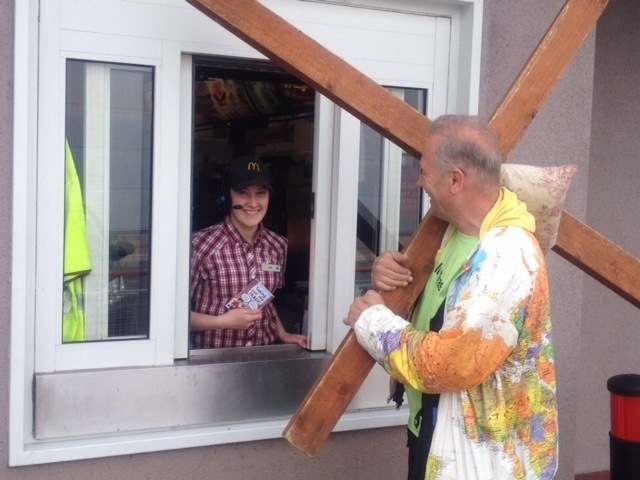 U and the Cross

On the roads in Ireland with my team of seven bumping into people from all walks of life and showing them the way to life. 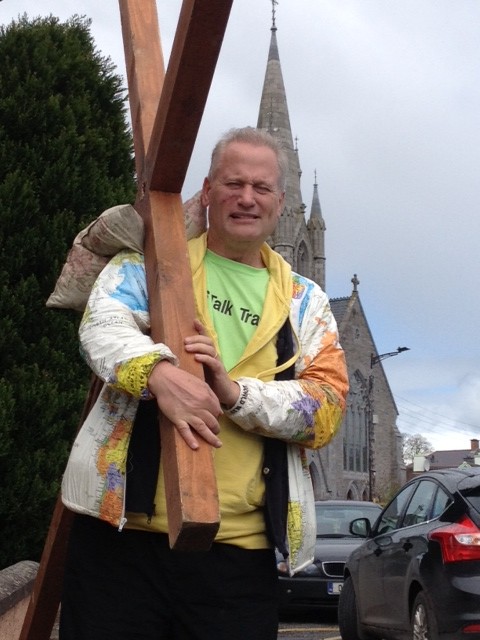 TrashTalk Team on Mission in Ireland with Richard Sharp 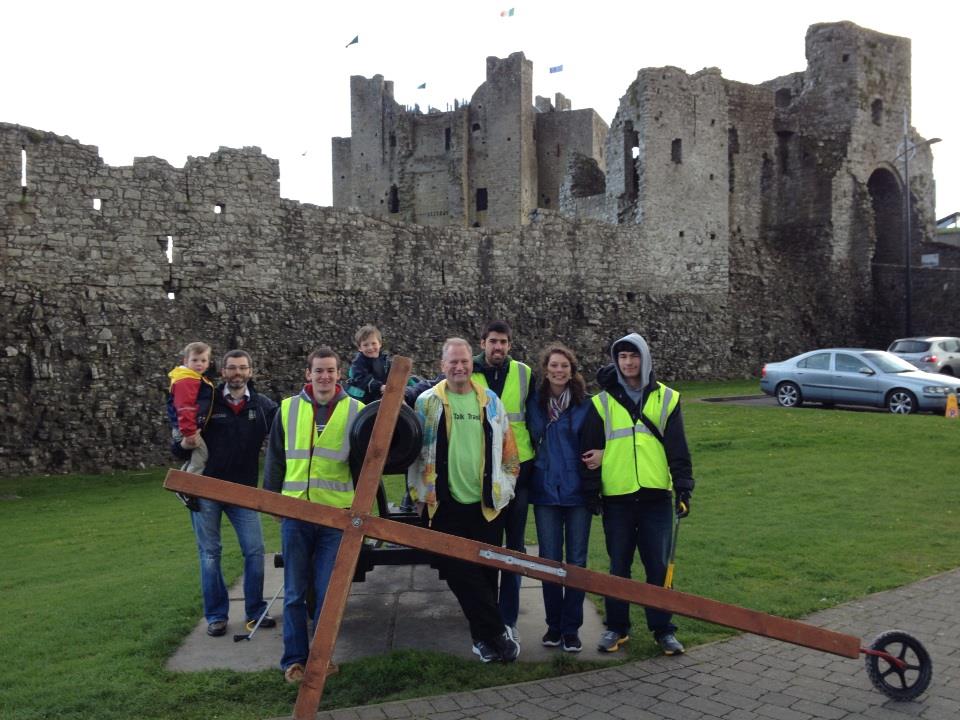 Had another great day taking the cross through the streets of Trim in Ireland. Met some great people and had great conversations. It is amazing how people are impacted by praying for them. Pray for us as we pray for the people we meet along the roads. — Richard Sharp with Justin Ledford,  Bence & Sharayah Drake Fónyad and Dan Nishizaki. 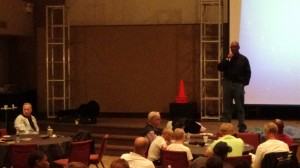 Richard being introduced by Pastor Gilbert 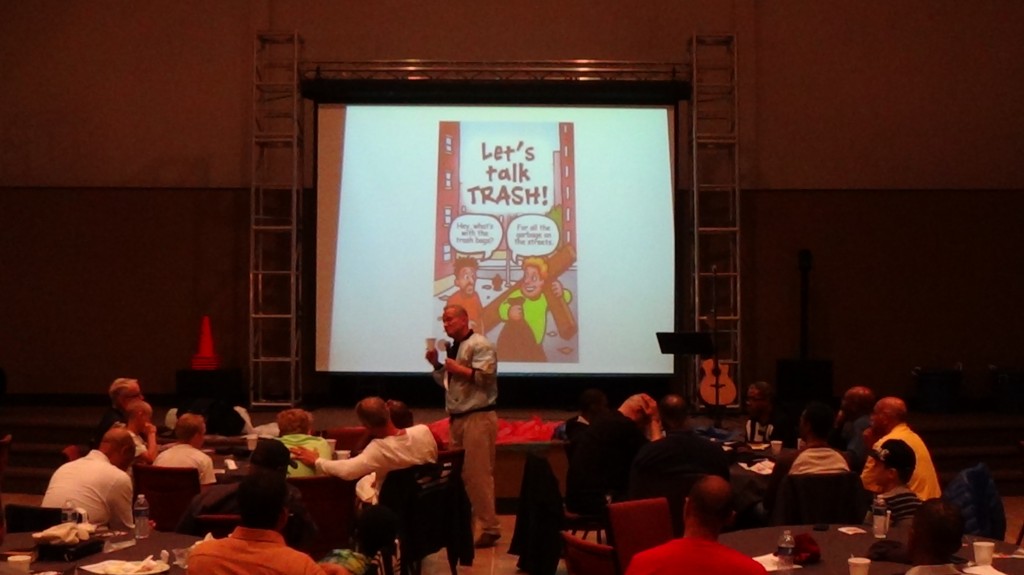